Learn compelling ways to apply challenge maps during the design process and try it yourself with the free challenge mapping template.

Challenge mapping is a powerful method that can be used to tackle any kind of problem, from civic innovation to building a better mousetrap. However, as we have been facilitating challenge mapping workshops with digital product teams, a few specific applications of this method have proven particularly useful in the design process:

Persona Goals as the Anchor
Designers have long used personas as a foundational tool in the design process. Personas are archetypal fictional users that represent the common behaviors and goals of the target user population. A persona’s goals serve as both an articulation of what the persona is ultimately trying to accomplish, as well as a key measure of a design solution’s success; if the solution doesn’t help a persona achieve their goals, it isn’t effective.

Using persona goals as the challenge map anchor enables product teams to generate feature ideas that will have the greatest immediate impact in helping the persona achieve their goals.

For example, imagine a company that makes advanced data science software wants to create a new set of tools for a less sophisticated market. The team identifies the following persona as their primary design target for the new solution. Using the persona goal of “How might Alex begin to create simple predictive models on his own?” as the challenge map anchor, the team identifies the following ideas and product features. As the team continues to build the map down, they move from abstract opportunities into concrete features. The further down they build, the more actionable the ideas. The map enables them to identify and prioritize the concrete steps that put them on a clear path to achieving Alex’s goals.

User behaviors as the anchor

Imagine time has passed and the team has rolled out an initial set of simplified data science tools designed for less sophisticated users like Alex. They soon realize users are not sharing models with each other as expected. This time, instead of using Alex’s goal as the challenge map anchor, they use the user behavior the team wants to influence: “How might Alex share models more frequently?” as the anchor. The team creates the following challenge map. Once again, by prioritizing the features at the bottom of the map, the team is able to identify the most practical immediate next steps to begin to influence the desired user behavior.

This brings us to the end of Challenge Mapping Part 2, Challenge Maps for Product Design. If you are interested in running your own challenge mapping session, we created a Mural template to get you started. It is 100% free for your use. 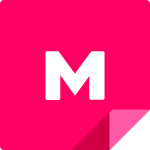 Open to create a mural from this template in your workspace.
Powered by MURAL

Let us know how it works for you! Send us an email or share your experience with us on LinkedIn or Twitter!

Challenging Mapping is a methodology with a long and venerable provenance. It was pioneered in the 50s and 60s by Dr. Sidney J. Parnes at Buffalo State College in the International Center for Studies in Creativity. Parnes’ student, Min Basadur, refined these techniques during his time at P&G and over decades of innovation consulting. Basadur documented this method in his highly recommended 2016 book Design-Centered Entrepreneurship, which was the primary inspiration for this series. We at Guidea were introduced to challenge mapping by Elizabeth Pastor and G.K. Van Patter, the amazing duo who head up Humantific, who have achieved an extraordinary level of mastery of the challenge mapping methodology and much, much more. Key elements of this methodology have been popularized by many other organizations and consulting firms, including IDEO and the Stanford D School.
These methods are often used without attribution.

When you use these methods yourself, please remember to give credit where credit is due! Jeanine started her career as an interaction designer in the Silicon Valley, working in-house at Netscape and Informatica, and as a design consultant at Cooper. She spent a few years in Los Angeles at Razorfish and Symantec before heading to New York City to work at finance startup Liquidnet, where she led the Experience Strategy team. She moved to TD Ameritrade to lead design strategy for TDA’s next-generation mobile offerings, and later joined Thomson Reuters, where she led strategy and interaction design of future concepts for the Eikon financial services platform. She also writes articles, speaks at conferences, runs workshops, and taught a popular user experience design course at UCLA Extension.